Some demographic hints behind who drove this year’s election outcome

Depending on who you ask, the story of the 2020 election is many things: a full-scale repudiation of Trump, a mixed bag that shows the strength of Republicans in state legislatures for years to come, a transformation of the traditional presidential electoral map, and much more.

But when analyzed in contrast with the 2016 election results, my biggest takeaway is this: while more people voted, turnout saw a massive increase for both Democrats and Republicans. So whose movements were biggest in shifting the electorate in favor of Joe Biden?

It turns out, shifts took place across basically every demographic group, according to exit polls; only among women and voters younger than 44 did preferences stay the same. For virtually every other group, the experience of the past four years made them, by a statistically significant margin, somewhat more or less likely to vote for Donald Trump, and not the same.

It’s a remarkable lack of consistency for an incumbent president running for his second term. In an election that President-elect Joe Biden won by more than five million votes, more people clearly rejected President Trump’s style and actions than embraced them, but something caused people across the political spectrum to feel something meaningfully different than they did four years ago. What fueled such widespread shifts?

Exit polls show that voters in every category, other than women and those younger than 44, shifted significantly from the 2016 election.

One might be pressed to say it’s the tumult of the past eight months, starting with the coronavirus outbreak and the federal government’s reaction, which was then followed by large-scale protests in response to police violence and racism, which then dovetailed into a COVID outbreak within the West Wing itself that hospitalized the president, all while the pandemic spread across the country. (As of this writing, we’re still sadly and consistently breaking daily records for COVID cases in the United States.)

But the people perhaps most affected by the coronavirus still voted heavily for President Trump. Even as pre-election data showed older Americans as more likely to break for Biden, both the 45-64 and 65+ age brackets ultimately had majorities—albeit slight ones—for the president. And as to the other pandemic raging across America, the election outcome likely would have been even more lopsided in favor of President-elect Biden had voting taken place in June. Because while support for Black Lives Matter and related efforts for large-scale police reform was relatively strong at the height of the protests over the summer, by September that support had sunk back down to nearly pre-pandemic levels—particularly among non-Black Americans and Republicans.

What do we make of the muddled picture of the electorate, and the rather confusing voting patterns by people based on demographics and issues—especially in an election with fewer than normal undecided voters and no meaningful impact by third-party candidates?

My takeaway is that simply winning a group isn’t enough, and if there’s a group that accentuates that fact best, it’s white men. In 2016, then-Candidate Trump’s most loyal voting bloc was white non-college men, and his third-most loyal base (after white non-college women) was white college men. Both groups still voted for the current president in 2020 by big margins, but no two groups moved more towards Biden than those two. And among an electorate that’s increasingly becoming less and less white, for Republicans, winning no longer cuts it—the margins have to be significant.

Simply winning a voting bloc is no longer enough.

It’s a challenge for the Republican party in future presidential elections, but there are two potential opportunities for the GOP in exit polling data. The first is that Hispanic voters far and away represented the biggest shift towards President Trump since 2016, and despite the fact that Hispanic population growth slightly slowed in the last year, Hispanics still accounted for more than half of all population growth over the past decade. In short, improving among this voting bloc is an existential imperative for Republicans in future national elections. And second, while women voted in the same proportions for the current president this year as they did four years ago, a record number of Republican women won House seats. It’s as if to say that if a different Republican were on the ballot for president, perhaps those Congressional gains would have been reflected in the presidential race, too.

What does it mean that future Republican presidential candidates will be forced to widen their support across racial and ethnic groups and Democrats will see more competition for the fastest-growing minority group in the United States? How will increased representation of women in both parties alter campaigns and governing? And importantly, are these trends likely to stick, or are these changes directly related to Donald Trump’s presence in office and on the ticket?

It likely means these changing demographics and voting patterns will result in an evolution of the well-worn campaign tactics of cycles past. And after an election that felt more polarized than ever, maybe that’s a good thing. 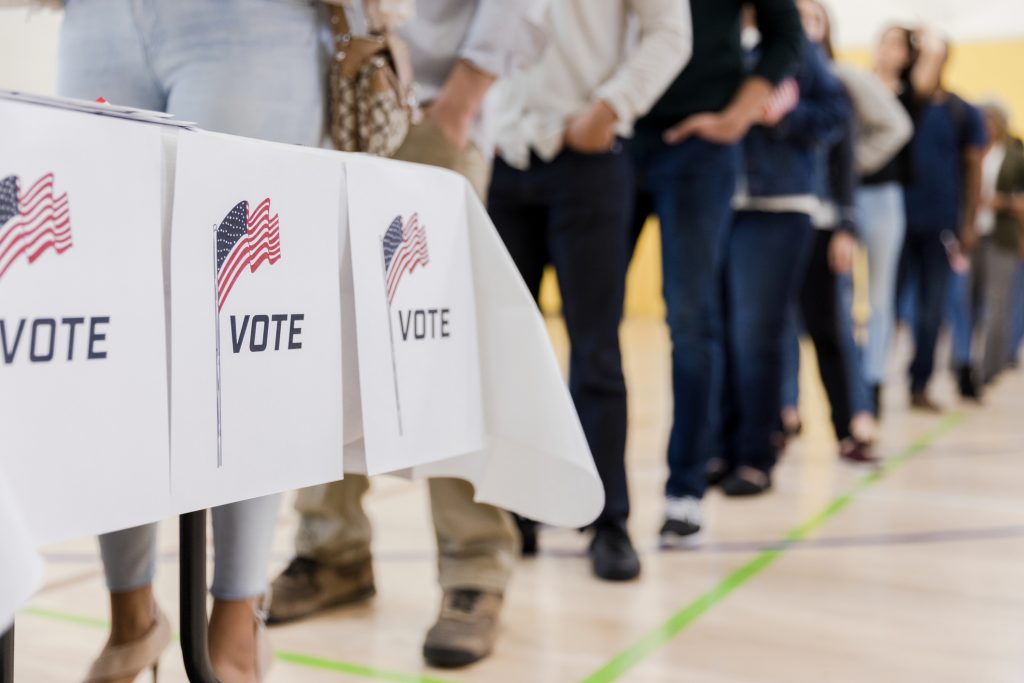