A Better Future of Work 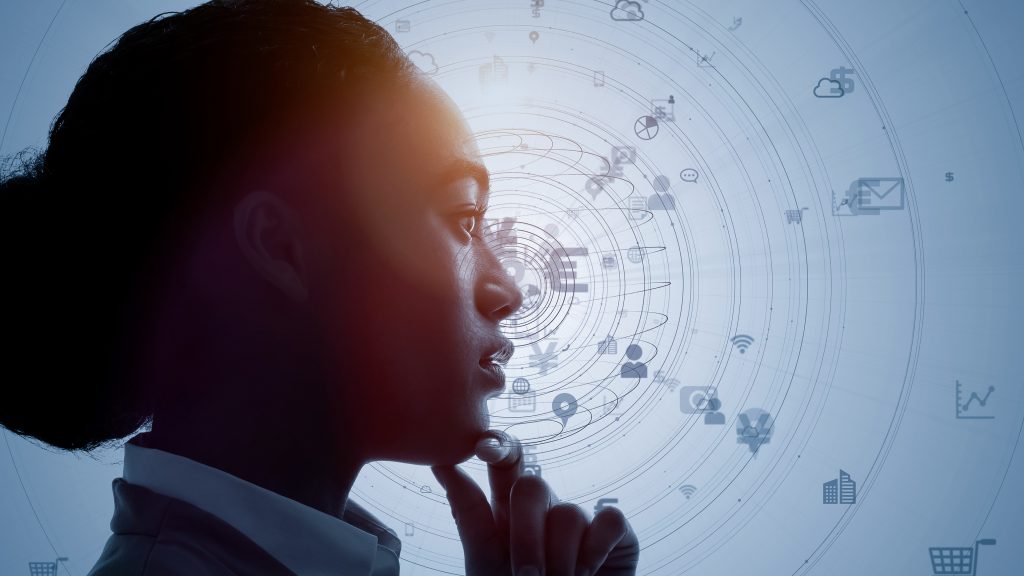 Popular culture is ripe with visions of the future. From movies to theme parks to magazines, future prognosticators predicted years ago that cars of today would fly people to their jobs, the ovens of today would hydrate pizzas in a matter of seconds, and many of us would live on the moon.

It’s a common trope in forward-looking predictions because we in large part see the future as an extension of what we know today. In reality, the best future is a fundamental reimagining of the way things have been done before. If 50 years ago you would have told someone about the internet—what has, for better or for worse, probably been our most significant technological revolution over that time period—it would have been confusing, because it’s such a radical departure from the things that came before it.

The best future is a fundamental reimagining of the way things have been done before.

We find ourselves in a similar state of affairs when it comes to the future of work. As the fight in California continues over the classification of rideshare drivers—with a recent appeals court decision staving off a shutdown of Uber and Lyft in the country’s largest state—much of the conversation around the way forward has been proffered as a binary choice: either fully independent contractor drivers or fully employed ones, where access to benefits is entirely and problematically tied to that employment status—which is always bad, but is unconscionable during COVID-19. That choice is not only false but one that lacks the imagination that would allow us to create a system that meets the needs of our time.

While there’s no excusing the fact that Uber and other gig economy companies have been slow to recognize their responsibility to their drivers, the policy response to that slowness shouldn’t be to further limit the number of drivers who can make money, especially in the midst of a pandemic. There has to be a better way.

Uber CEO Dara Khosrowshahi—who, in full disclosure, was ultimately my boss for more than half of the four and a half years I spent working at the company—believes that they have that way. He recently proposed that gig economy companies pay for benefits, not by treating every driver as an employee, but by creating a fund that gives drivers access to money to use for benefits consistent with how much they work.

The proposal is by no means perfect—it doesn’t account for the decades-long work that drivers have already put in without any access to benefits, and it skirts the relatively legitimate arguments from full-time drivers that they deserve full bore protections—but it speaks to a willingness to think beyond a world where things only either stay entirely the same or become entirely different. Of course, Uber’s willingness for compromise now is in part a response to the pressure from California Assembly Bill 5, which threatens to upend their business model in their most important state during a pandemic that has halted travel of all kinds. But there’s a lesson here that could be valuable beyond the current fight, and one that provides guidance no matter whether you’re on the side of the gig companies or the state legislature attempting to regulate them.

Tech companies frequently build their businesses on some form of innovation but are much less frequently willing to innovate when it comes to policy matters. There’s long been a “third way” that makes sense for gig economy workers, but the gig companies don’t really push for those outcomes unless they feel forced to. Policymakers, by contrast, are in the best of instances laser-focused on improving worker conditions. Their unwillingness, however, to think of new approaches means those policies have unintended consequences, like restricting how often people are able to work or driving prices up for riders in underserved communities—the very riders who depend on these services the most.

Tech companies build their businesses on innovation but are much less willing to innovate policy matters.

Ultimately, the way forward for California’s gig workers won’t be left entirely up to the companies, the policymakers, or the drivers, many of whom are split on the matter. A November ballot measure will provide the voters with the opportunity to determine driver classification, but once again, it’s a binary choice between maintaining the status quo or the application of a test to determine if drivers are full-fledged employees. For California voters who can imagine a future that’s not simply an extension of what’s always been done or a reversion to a system that’s shown itself to be fundamentally broken, it’s a disappointing set of options.

It’s not their fault, though. Critics are right to take gig economy companies to task for burying their heads in the sand this whole time. And it’s right to be frustrated by policymakers who, if they get their way, will be responsible for leaving millions of people without work at a time when they need it most. These false choices come from companies driven by a myopic focus on growth and revenue, and by a set of policymakers who care more about making a point than truly making peoples’ lives better.

Only if we can imagine the world we want, can we conceive of a truly equitable future of work.

But they also come from a lack of imagination and one that’s responsible for our inability to solve so many patently solvable problems. If we can start to imagine the world that we want and not the world that’s simply an extension of the world that we have, only then will we be able to conceive of a truly equitable future of work.


All Insights & Events
Event
A Conversation with U.S. Secretary of Labor, Martin J. Walsh
Event
Investing in Ourselves
Event
Equal Opportunity to Achieve the American Dream