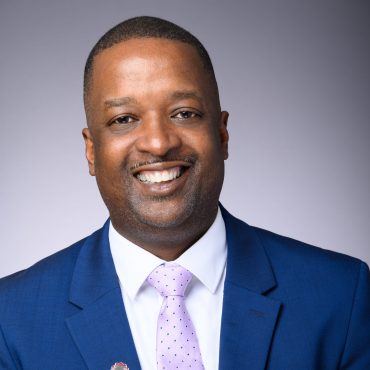 Gary A. Officer is a seasoned social entrepreneur and Chief Executive. He is known for innovative, value-driven public-private partnerships that remove barriers to community development. In addition to founding CWI Labs, Gary is the President & CEO of Center for Workforce Inclusion, formerly Senior Service America, Inc., the largest and most experienced nonprofit dedicated exclusively to workplace inclusion and economic opportunity for low-income, older job seekers,

Gary previously served in senior executive positions at the Newseum and the Woodrow Wilson Center for International Scholars in Washington DC. From 2006-2013, he served as the President and Chief Executive Officer at Rebuilding Together, Inc., the nation’s largest volunteer-based homeownership preservation non-profit, and fourth-largest remodeler. Under his leadership, Rebuilding Together grew operating income seven-fold and created award-winning partnerships with blue-chip corporate brands in support of the organization’s mission.

Gary has served as President of the National Credit Union Foundation (NCUF), the national foundation supporting credit union development in the United States. As an affiliate of the Credit Union National Association, NCUF promotes and manages credit union development and consumer savings programs on behalf of CUNA and the US credit union movement. The Foundation also manages the National Development Education Volunteer Program.
During his three-year tenure, NCUF grew to a $370 million community investment fund that providing grants, loans and, secondary capital, to credit unions and related organizations throughout the United States.

Gary earned a Bachelor of Arts (Hon) Political Science from the Manchester Metropolitan University and a Master of Science MSc (Econ) International Relations from the London School of Economics. In 2012, he completed the Advanced Management and Leadership Program (OAMLP) at the Said Business School at Oxford University.