America’s Promise and the Black Community

One of my favorite authors is the legendary Chicago oral historian, Studs Terkel, whose book “American Dream: Lost and Found” occupies a very special place on my bookshelf. This classic work uses graphic subject interviews to describe the disappearance of work and its profound impact on families and communities. Terkel’s main body of work focused on the slow and dramatic demise during the 1980s of our nation’s manufacturing base, from which entire communities earned a living. According to the Bureau of Labor Statistics, between 1980 and 2016 the U.S. lost approximately 7.5 million manufacturing jobs. These job losses, in turn, have contributed to a decline in the labor force participation rate of prime-age U.S. workers (between the ages of 21 and 55). For the African American community, the demise of our manufacturing sector has had a seismic impact on the community. 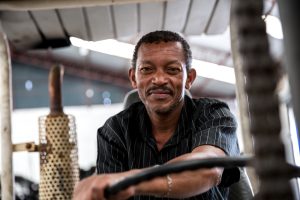 The decline in U.S. manufacturing spiraled many African American communities and with it came the loss of their American Dream. When we think about communities in Chicago, Detroit, Cleveland, and Baltimore, we must also take note of the departed manufacturing giants who once provided the economic opportunity – and stability – to entire communities. Gerald Taylor, author of the report, “Unmade in America: Industrial Flight and the Decline of Black Communities,” vividly describes what can happen in a city that loses its manufacturing base. Taylor argues, “The story began with the post-World War II manufacturing boom that created the world’s greatest economic power for white and black American working families. But when manufacturing began to decline, industrial flight snatched the livelihoods of these workers — and Black workers suffered the most.” 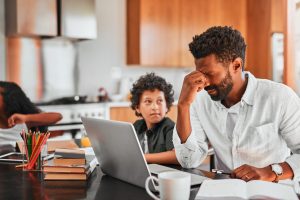 Fast forward three decades and the African American community has yet to fully recover. With the demise of the manufacturing sector, their path to the American Dream followed suit. The great promise of this country is that if you work hard, save hard, and purchase a home, then you will be rewarded. However, even in the best of times, the unemployment rate of Black Americans is significantly higher than white Americans; the typical African American family has just 1/10th of the wealth of a typical white family; and the homeownership rate of African Americans today is virtually the same as it was in 1968 when the Fair Housing Act was passed. Further, the jobs that replaced manufacturing provided very little in terms of job security and retirement benefits. As a result, the economic progress of the Black community in the 70s and 80s would soon disappear in the decades to follow.

Race and Jobs at High Risk of Automation

America’s greatness lies with the boundless optimism of its citizenry and the brilliance of her never-ending production line of genius innovators. Optimism and innovation, however, when measured against race and the impact of job losses due to automation reveals a stunning set of new realities for the Black workforce. A data brief by the Joint Center for Political and Economic Studies, “Race and Jobs at High Risk to Automation,” illustrates the significant effect automation will have on African American workers. African American workers are overrepresented in particular jobs with a high risk of being eliminated or fundamentally changed by automation as compared to white workers. Black workers are over one-and-a-half times more likely to be cashiers, cooks, combined food production and serving workers, production workers, laborers, or freight/stock/material movers; and over three times more likely to be security guards, bus drivers, or taxi drivers/chauffeurs.

The highly precarious nature of occupations that will disappear in the not too distant future will require renewed attention on workforce re-training. More sobering, the concentration of African Americans in these front line occupations have had devastating public health implications as the COVID-19 pandemic began to sweep across this country.

Will the answer be found with our global competitors?

The U.S., by instinct and history, is an inward-facing nation-state. It can be loosely defined as American exceptionalism. We seek solutions to complex problems at home, delving into solutions informed by our talents, culture, and practices. Our global friends, in comparison, tend to seek solutions to problems confronting their nation by looking both inwards and outwards.

The U.S. has especially weak labor market policies when measured against our global competitors. As economist Samuel Hammond has noted, “[a]ccording to the OECD, the U.S. spends about 0.10% of GDP on programs that actively encourage labor force participation, the lowest of any OECD country after Mexico.” Similarly, a report by the World Economic Forum revealed that the countries representing the 11 largest Asian economies spend between 0.35 to 0.88% of GDP annually on workforce training.

U.S. spending on labor force programs is the lowest of any OECD country other than Mexico.

In short, the long-term economic implications of the failure to invest in our nation’s workforce may produce dire consequences for our future well-being. As an illustration of this point, during the period leading up to the COVID-19 economic melt-down, the Bureau of Labor Statistics reported that the U.S. had 7.0 million vacant jobs within a 3.6% unemployment environment. The majority of these unfilled positions required skills that were lacking within the existing workforce. To address the workforce aspirations of the American workforce – and the African American community in particular – we must invest significantly more resources into the workforce development system. 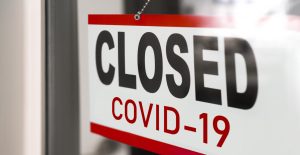 Historians will record the events of the last five months as the world’s greatest public health crisis of the past century. The COVID-19 global pandemic rained massive economic distress on millions of hard-working Americans. Black Lives Matter (BLM), no less significantly, has forced an urgent re-examination of our nation’s uneasy relationship with racial justice and equality. The former exposed the vulnerability of America’s poor, who are disproportionately Black and Brown. The latter once again documented police brutality of almost medieval proportions – also disproportionately against Black and Brown people – captured on eyewitness iPhones for the world to see. 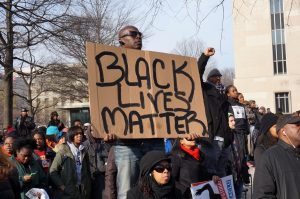 These two forces – COVID-19 and BLM – represent a unique opportunity for us to finally address two fundamental issues confronting our nation: 1. the need to prepare our older workforce for jobs that require higher levels of technological proficiencies so they too can explore remote/virtual employment options; and 2. the need to move beyond hope and prayer when confronting the demand for racial justice and tolerance. Moreover, justice for our nation’s African American community must be rooted in two critical elements: the elimination of police brutality; and the creation of equality of opportunity within the workforce for unemployed and underemployed members of the community. These are not lofty ideals, but rather pragmatic solutions that fully represent the best of our nation’s promise to its citizenry.

The disruption caused by COVID-19 pandemic forced deep introspection for many of us. It also provided us with a unique opportunity to re-evaluate our work-life priorities – both individually and as a society. Political leaders across the globe were confronted with an even greater challenge: to provide leadership to their fearful and beleaguered nation with a promise for a better tomorrow.

In the United States, the government’s promise of a better tomorrow was delivered exclusively through the prism of rebuilding our nation’s economy – and quickly. Providing financial assistance to key sectors of our economy and to individuals impacted by mass unemployment was the focus of our government’s response.

Across Europe and Canada, something very different was taking place. The parliamentary debates on which the critical economic responses were being formulated would invariably be preceded by deep and thoughtful debates on the implications of the economic crisis on society; and how the economic response must be informed by the nation-state’s very best ideals as the guardian and protector of the safety and security of its citizens. By focusing the discussion on society before the economy, legislators sought first to ensure that the sacred values and ethos of their democracies would inform any short or long-term economic decision.

Focusing on society before economy ensures that the values of their democracies inform economic decisions.

This country’s great promise resides in the hope and promise of economic fulfillment on the basis of hard work. However, if equality of opportunity in the workforce excludes large segments of key minority groups, then our nation’s promise is but an empty one. Constructive debate on how we would like our society to function will lead to better informed political and economic decisions. COVID-19 and the Black Lives Matter movement have provided a once-in-a-generation window to address our unresolved issues around racial justice. We must grasp this moment before the window of opportunity closes.