Pursuing Change With Our Eyes Open 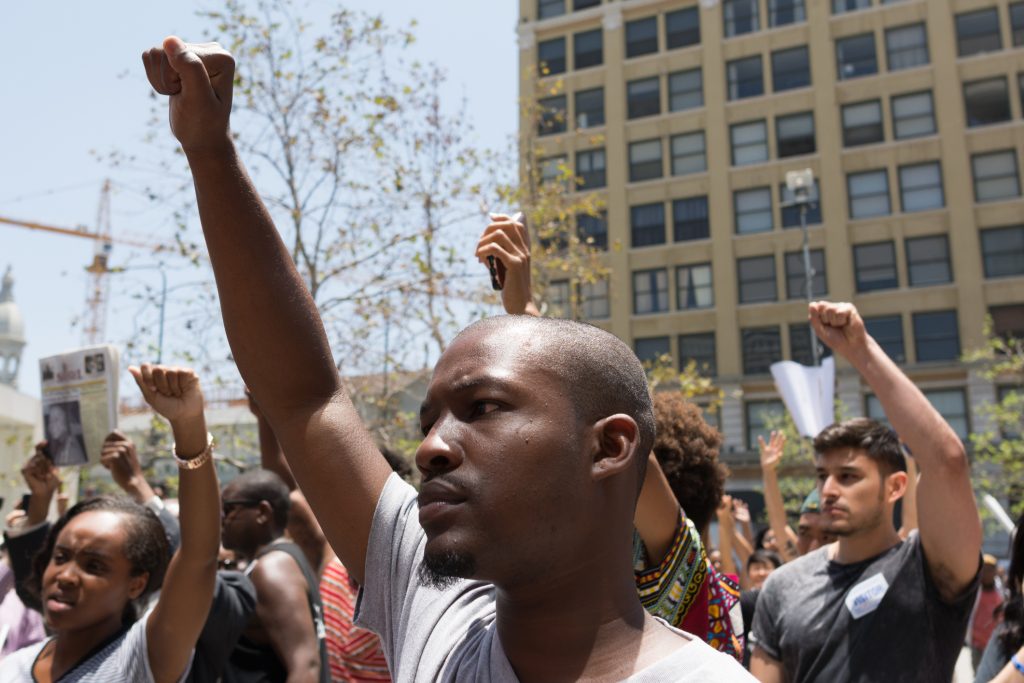 In recent months, one might be forgiven for feeling that another American Revolution was in the offing. Triggered by the brutal, senseless murder of George Floyd and the deaths of too many Black men and women at the hands of police, overwhelmingly peaceful protests against police brutality and racial injustice, if not systemic racism, exploded across the land with the power of a runaway train.

In what seemed like a nano-second, public attitudes shifted, white Americans marched alongside their fellow Black citizens in numbers and with a resolve not even seen during the 1960s. Once regarded as a predominantly Black and brown movement, Black Lives Matter appeared to go mainstream. A recent Pew poll reflected the change: two-thirds of US adults support the movement; with 38% saying they strongly support it.

History, the inestimable Mark Twain quipped, doesn’t repeat, it rhymes. And caught up in the moment, it makes sense to pay attention to the rhythmic patterns of the past rather than look for strict repetitions. History provides important context and perspective and humility. That is not to say that 2020 isn’t unique and may not lead us in directions we can’t now anticipate. But since change is what these protests are all about, it’s worth making a few observations about when, how, and why things have changed in America.

The Fierce Urgency of Now

Looking at events in the past several months, one is tempted to recall Martin Luther King’s notion of the ”fierce urgency of now,“ a phrase intended to convey his impatience and frustration with the caution of the liberal establishment on what would soon become the historic 1964 Civil Rights Act. Indeed, rarely in American history has there seemed to be a moment filled with more urgency and promise of change. Anywhere from 15 -26 million Americans participated in protests triggered by Floyd’s murder, perhaps the largest such movement in U.S. history.

That urgency has been given even more intensity by a trifecta of crises affecting the Nation with eerie echoes of past events that have carried profound consequences for the Nation. And it goes without saying these crises have disproportionately brought grievous consequences to communities of color.

We have the greatest threat to public health in a century not seen since the 1918-1920 Great Influenza; an economic recession with unemployment levels not witnessed since the 1929 Great Depression; and massive social unrest last experienced during the 1960s. Add to this intense polarization, partisanship, and tribalism fanned by an Administration led by a President bereft of how to unify, manage, and heal a Nation in crisis and it’s no wonder many have referred to this moment as an inflection or social tipping point in our history.

But is it a tipping point? Change in America has involved moments of transformation usually driven by crisis. But it has played out in more evolutionary and incremental ways. At best, we might describe ourselves as evolutionary revolutionaries. The founders intended it that way and designed a system of three branches of government involving both shared and separated powers. It became as one political scientist described it an “open invitation to struggle.” Despite a civil war that historians now believe may have claimed more than 750,000 American lives, three foundational Amendments to the Constitution, including the abolition of slavery, three momentous civil rights bills during the 1960s, and the election of America’s first Black President, would any of us assert that more than a century and a half later, institutionalized racism and racial inequality are still not alive and perversely well in America?

Americans love declaring war on things. We have had the war on poverty; mental illness, gun violence, drugs, terror, and, of course, cancer. The last one we will most certainly win largely because it’s driven by science not by the complexities of social systems, the imperfections in our political system, and the frailties and weaknesses of human beings. But the others? We’ve been waging war on them for decades and they still endure. And that’s because as the great Protestant theologian Reinhold Niebuhr noted a change in America is more often than not a matter of devising proximate solutions to insoluble problems. The desire may be – as it is now – for transformational change; but those aspirations confront a system that is – when it’s working and it isn’t now — at best transactional. Indeed, America is structurally designed to accommodate moderate, not radical change no matter how non-radical, common sense, and morally just that change may be.

America is structurally designed to accommodate moderate, not radical change no matter how non-radical, common sense, and morally just that change may be.

None of this is meant to deny or to trivialize the extraordinary events that have played out in recent months or to discourage the promise of what’s possible. It is simply an effort to tether the desire for aspirational change to the realities of a system that doesn‘t bend easily and to the long struggle that lies ahead. No one should forget that 1968 –a tumultuous year for America with thousands still dying in Vietnam. the assassinations of Martin Luther King and Robert Kennedy, and terrible violence in major American cities and at the Democratic National Convention in Chicago – ended with the law and order candidate Richard Nixon capturing the presidency.

That recent protests have captured the imagination of millions of Americans, changed public opinion, and raised awareness which s a necessary but not sufficient condition for enduring change. As former President Barack Obama has noted, the choice isn’t between politics and protest. Both are necessary.

And that effort will require political change at the local, state and federal level.

In short, real change will require bottom-up, grass roots popular urgency married with top-down willful and skillful leaders committed or at times forced by public opinion to produce specific laws and institutional practices. And that confluence will require leadership that can command respect and sacrifice that generates the kind of broad-based constituency required to support it. As the old saw goes, a leader without followers is just a man or woman out for a walk. And that kind of leadership is sadly missing at the national level today.

We have a long journey ahead. But America has always been an experiment that can never be taken for granted and that must be nurtured – in an effort to narrow and perhaps ultimately close the gap between the way America is and the way we want to be. John Kennedy once described himself as an idealist without illusion. That’s where America should be – never giving up on perfecting a more perfect union that is inclusive, prosperous with equality and justice for all. But as we go through that process of change and transformation, we must go through it with our eyes wide open.

That’s where America should be – never giving up on perfecting a more perfect union that is inclusive, prosperous with equality and justice for all.